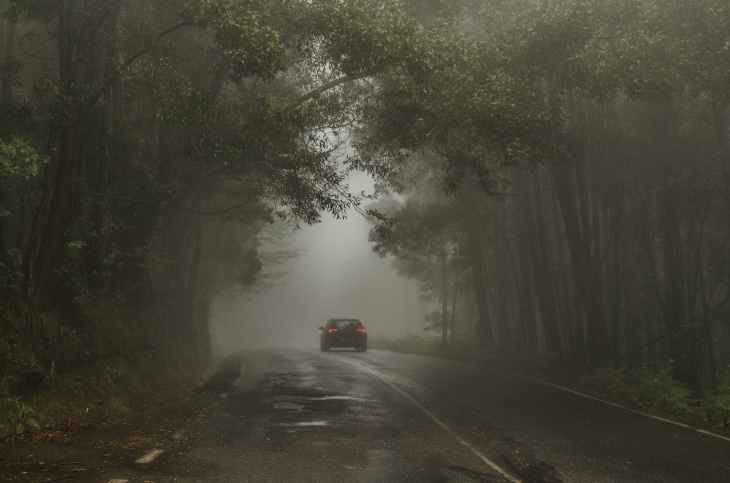 In high school I was a loner. No, not the kind that sits at the lunch tables by themselves, just waiting for someone to notice them. Those are fake loners. A real loner wants to be alone, and doesn’t want to be seen. I always hid during lunch time. If the kids at my school knew I had zero friends, I would get teased about it daily. So, I was smart about it. I rotated bathrooms daily. I brought extra shoes that I would change into, so that no one would recognize me as the pair of feet that never left the stall. I would eat my sandwich and then spend the next hour watching Netflix. It was heaven, but it didn’t last long.

I was half way through an episode of “Stranger Things” when I heard them walk in. I could recognize their voices right away, Kaitlyn, Emily, Morgan and Becky.They were four of the most hated girls at school. They were known for their bullying. So far five kids have moved schools after being their victims. Their voices made my blood boil, but I couldn’t help but eavesdrop on their conversation. “Mr. Rodriguez is one of the wealthiest people in this town” said Kaitlyn. “When I did my community service project at his house, he had all kinds of jewelry, designer clothes, and antiques that we could sell and make some serious cash” said Morgan. “and he’s super fucking old, he’s like 90, he couldn’t hurt us even if he wanted to. By the time he calls the cops we’ll be gone.” stated Emily. “So, it’s settled” said Becky “All we need is a getaway driver”. I sat there in awe. These girls were planning to rob Mr. Rodriguez’s house, and I could hear every detail.Suddenly someone was banging on my stall door. “GET OUT BITCH YOU’RE TAKING TOO LONG” yelled Kaitlyn as she was hitting my stall door. They knew I was here all along. I sat there frozen. I assumed if I didn’t get out, they would never know who I was. I was wrong. All of a sudden Emily poked her head over the stall door, and our eyes met. My life was over. “You were right Kaitlyn” she scoffed. “It is mousey girl!”. “My name is Maisy” I said trying to sound confident, but it came out like a whisper.Both Kaitlyn and Becky were peering in my stall too. “Hi mousey” said Kaitlyn, “I don’t know if you heard, but we need a getaway driver, and we know you’re one of the only sophomores with a car.”I didn’t know what to say, I sat there frozen. “Don’t even think about saying no” said Kaitlyn “Because if you do, everyone at school will see that cute little pic you sent my brother.” My heart stopped. I totally forgot that Kaitlyn was Stevens sister. It all made sense now. Steven and I were on the track team together. A couple weeks ago, Steven came up to me and started flirting. I didn’t know why a super attractive senior would be flirting with a loner sophomore like me, but I didn’t question it. He asked for my number and we began constantly texting each other. I fell for him completely. One day he asked me to send some revealing pictures, and being the complete idiot I was, I agreed. Once I sent it, he never replied. I thought he stopped liking me. Tears filled my eyes as I realized his love was fake, and just a way for Kaitlyn to have something to blackmail me with. I knew what had to be done. “Alright” I said, wiping my eyes, trying not to think about Steven, “I’ll do it.” Kaitlyn got out a post it and wrote something on it. “Meet us at this address at 1 am tomorrow, and don’t be late mousey, or everyone will see your pic”. And without another word they walked out of the restroom.

At 1:00 am I pulled up to the address. It was Morgan’s house. A few minutes later the four girls walked out dressed in black clothing and ski masks. When they got in the car I could tell they were nervous. They should be. Kaitlyn sat in the passenger seat and handed me another post it with the names of the cross streets. “This is where Mr. Rodriguez lives,” she said. I put the post it in my cupholder. As we drove to the destination my stomach was in knots. I was nervous that this all wouldn’t go as planned. I just kept reassuring myself that I knew what I was doing. As we turned onto his street I turned off my headlights. I parked just a few houses down. “Don’t leave unless all four of us are back in your car, do you understand?” “Wait” I said, “How are you guys getting in?”. “We’re going to smash his window with a crowbar” said Morgan. After hearing that I tried so hard to conceal my excitement. These girls were idots when it came to home burglary. The girls left my car. A minute later I heard the glass shatter. I held my breath hoping that my predictions were correct. Then I heard it. Screaming, followed by four gun shots. I turned on the radio, put my car into drive, and left. It all went according to plan.

You see, what these girls didn’t know was that my mother’s maiden name was Rodriguez, and Mr. Rodriguez was my grandpa. He was a gun lover. “What do you even need a gun for?” my mother would always ask him. “For home intruders of course” he would always say. “You really think anyone’s gonna try and rob you” she asked. “I don’t know, but if they ever do, I’ll be ready”. I knew that my grandpa went to bed every night with a loaded gun on his night table. When the girls asked me to help them rob his house, they were basically asking me to kill them. My pictures were safe, the school was bully free, and grandpa Rodriguez finally got to shoot his gun.